Spark Gaps tend to be pretty simple, but vary in complexity from project to project. At the simplest, the gap is two electrodes placed very close to one another. When the capacitor is fully charged, the air between the electrodes ceases to be an effective insulator, and a spark fires across the gap. As soon as a sufficient amount of charge has been released, the air once again becomes an insulator and the gap stops firing.

I decided to go with the simple design mentioned above, but many others are possible. In my previous project, I fastened a number of segments of copper pipe to the inside of a PVC tube with bolts. The bolts stuck out on the outside, so I could connect wires to it. The most complicated version of the spark gap is called a rotary spark gap, which involves a design where a rotor spins in the middle of a circle of electrodes. A spark goes between the rotor and each electrode as it passes, and the speed of rotation is such that the charge in the circuit is at maximum whenever the rotor passes an electrode. 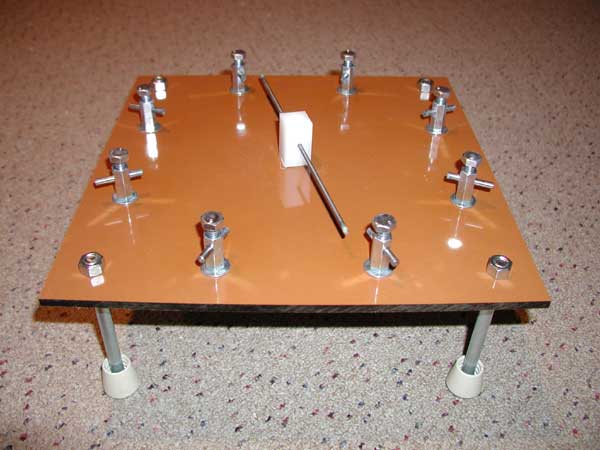